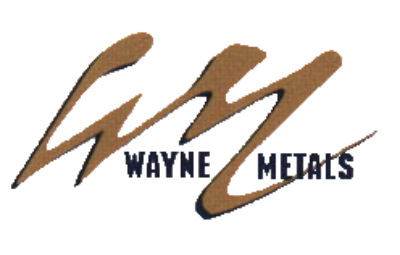 Wayne Metals, LLC was formed on February 16, 2001 when Greg Myers and Jerome Henry acquired the assets of I-Corp, d/b/a Wayne Metal Products. Greg assumed the role of president/CEO that day, and production as a new company began on February 19, 2001. The new owners and all of the employees confidently look forward to a financially strong and productive future.

Wayne Metal Products opened in 1945 producing Special Equipment parts for International Harvester in Fort Wayne. The company moved from Fort Wayne to Markle in 1952, and changed ownership in 1961. At that time the company employed 18 people. After much growth a new 45,000 square foot facility was built in Markle. Another change in ownership occurred in 1978 and those owners remained in place until the purchase in 2001 and the new name of Wayne Metals, LLC.

The company has a long standing reputation for being an innovative leader in stamping, fabrication and finishing. The recent addition of powder coating further enhances the company’s capabilities. Ultra modern information systems assist in the ability of the company to always deliver on time and in many cases just-in-time.

Ready to become a member?